India will launch a new farm crop insurance scheme early next year and use drones and other technologies to assess crop damage, the agriculture minister said on Wednesday, in what could be Prime Minister Narendra Modi’s first major move to address rural hardship. 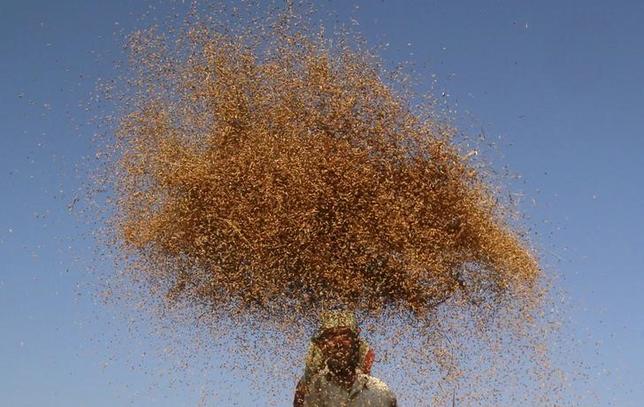 The impact of unseasonal rains and two straight years of drought on agriculture that sustains over two thirds of India’s 1.25 billion people has dented Modi’s popularity in the countryside, contributing to a humiliating loss for the premier in elections last month in the largely rural state of Bihar.

Several debt-laden farmers have committed suicide this year, and on Wednesday Agriculture and Farmers Welfare Minister Radha Mohan Singh said that delays in clearing payouts for crop losses was the “biggest reason for destroying farm families”.

“I completely believe that in the beginning of the new year we’ll gift (a new insurance scheme) to farmers,” he told reporters after launching two mobile applications to check farm produce prices and crop insurance details.

“The new insurance policy will ensure compensation is paid as early as possible. In the current system payments keep getting delayed, destroying so many families.”

Reuters reported last week Modi would adjust budget priorities in 2016 to focus on social initiatives like the insurance scheme, while capping infrastructure spending he prioritized since taking office 19 months ago.

The government will lower the share of insurance premiums farmers pay from the current rate of up to 40 percent, which is one of the main reasons that only about a 10th of India’s estimated 263 million farmers opt for crop insurance.

Federal and state governments could share the remaining premium costs, Singh said, adding that drones and other technologies will be used to minimize human interference in processing claims to expedite payments.

Satellites or drones are extensively used to assess crops for insurance policies in developed countries such as the United States, but India still depends on more primitive methods, with personnel from land record offices traveling around villages to inspect damage.

Also, the level of insurance payouts in India tend to be determined by the extent of damage incurred by prosperous farmers who use higher quality seeds, fertilizers and equipment, which means that poor farmers more exposed to the vagaries of weather benefit little.